A History of Conservation

Originally native to Ontario, the Trumpeter Swan's extirpation from eastern Canada over 200 years ago was primarily due to hunting pressure and habitat loss.

Biologist Harry Lumsden began a provincial reintroduction program in the early 1980's to re-establish the Trumpeter swan in its former habitat and range.

Today, Wye Marsh Wildlife Centre is committed to the continued protection of the species and the Trumpeter Swan Monitoring Program. This program helps track Trumpeter Swan populations through sighting reports and uses leg banding and wing tags to identify individuals. Banding allows researchers to study population dynamics, genealogy, mortality rates, morbidity (disease occurrence) rate, and hatchling /fledgling success rate statistics. If you would like to be a part of this progam, please email info@wyemarsh.com for more information.

Thank you to the dedicated volunteers and environmental programs
that made this reintroduction a success.

A Tribute to Pig Pen

Pig Pen, tag #100, was a precocious Trumpeter Swan with a healthy appetite, who proved that a single swan can make a difference. It was evident from early on in her life that Pig Pen would be a swan to establish many important milestones in the Trumpeter Swan Restoration Program. It is for this reason that the Trumpeter Swan Rehabilitation Centre, now Swan Landing, is dedicated to her memory.

In her lifetime, Pig Pen laid 49 eggs and hatched 38! Her lineage is still known to this day. Today her migration route to Burlington, Ontario is used by many of the swans in the Wye Marsh and surrounding area.

Check out some photos of Trumpeter Swan conservation in action! 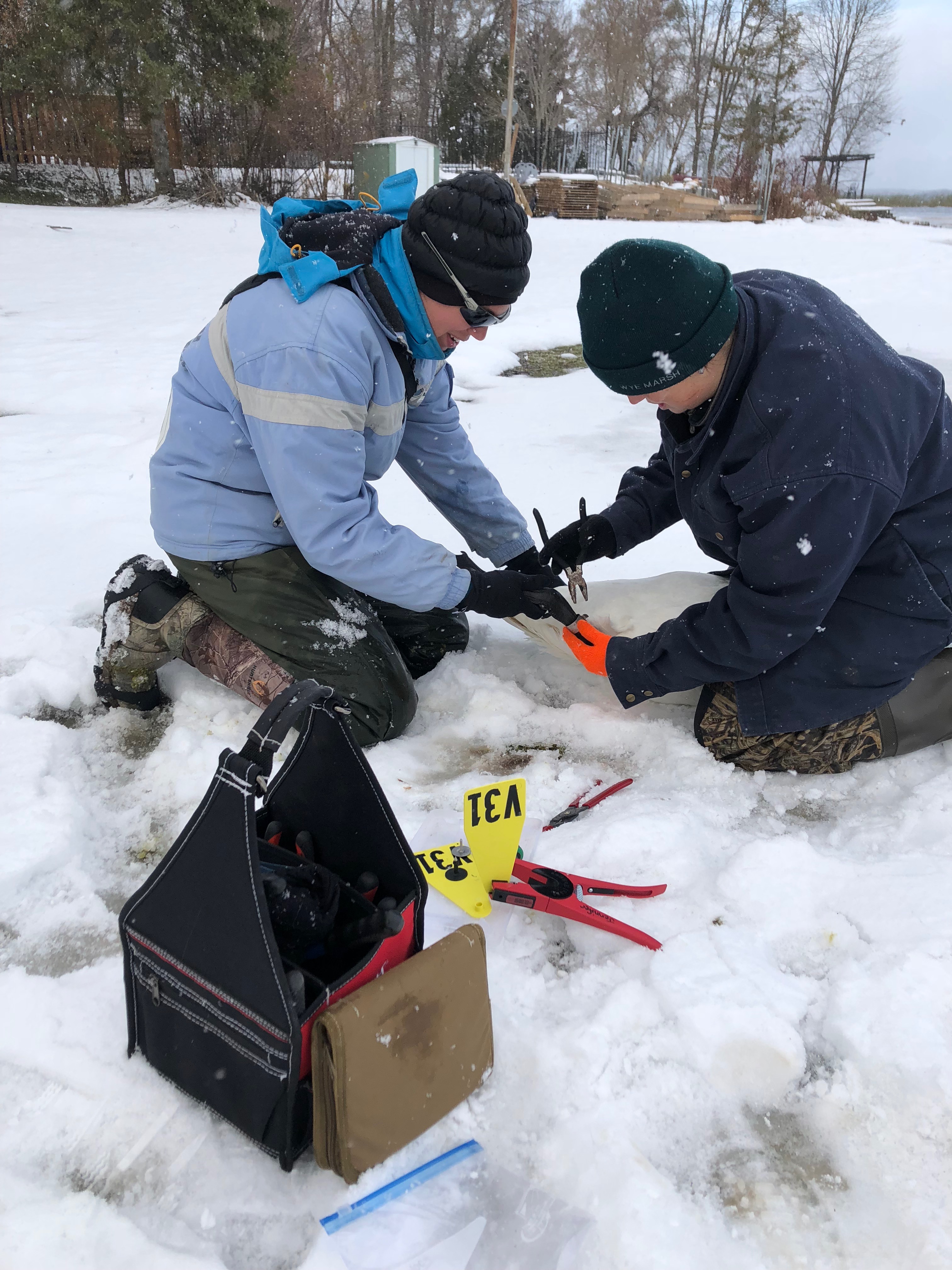 Master banders safely capture, tag, and release Trumpeter Swans so that their populations can be monitored. 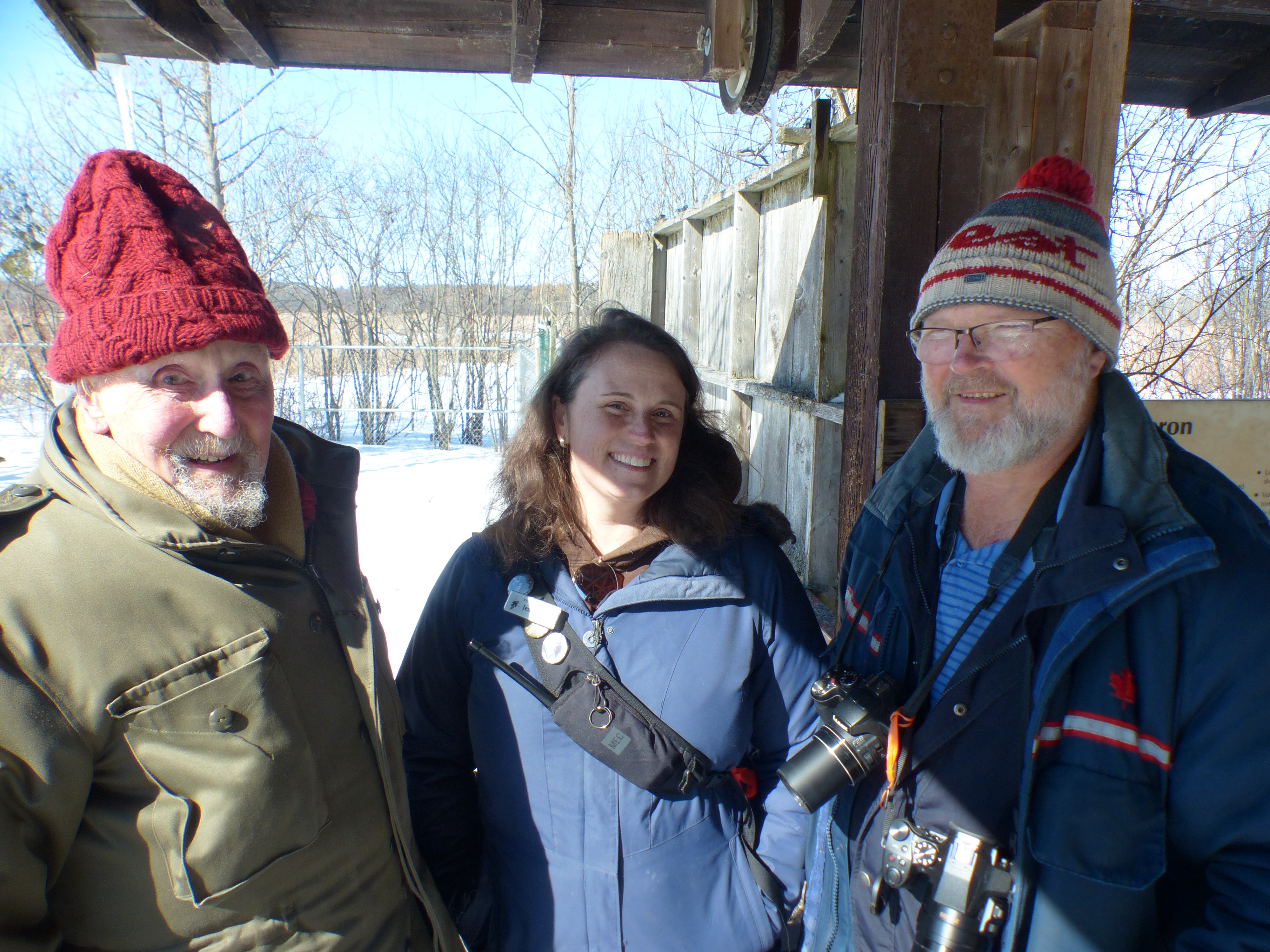 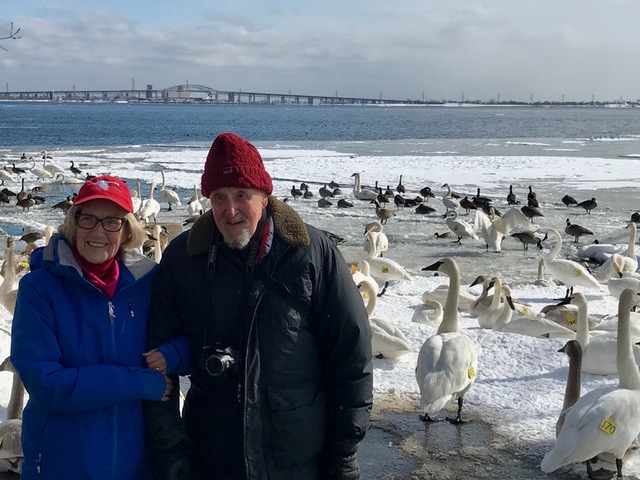 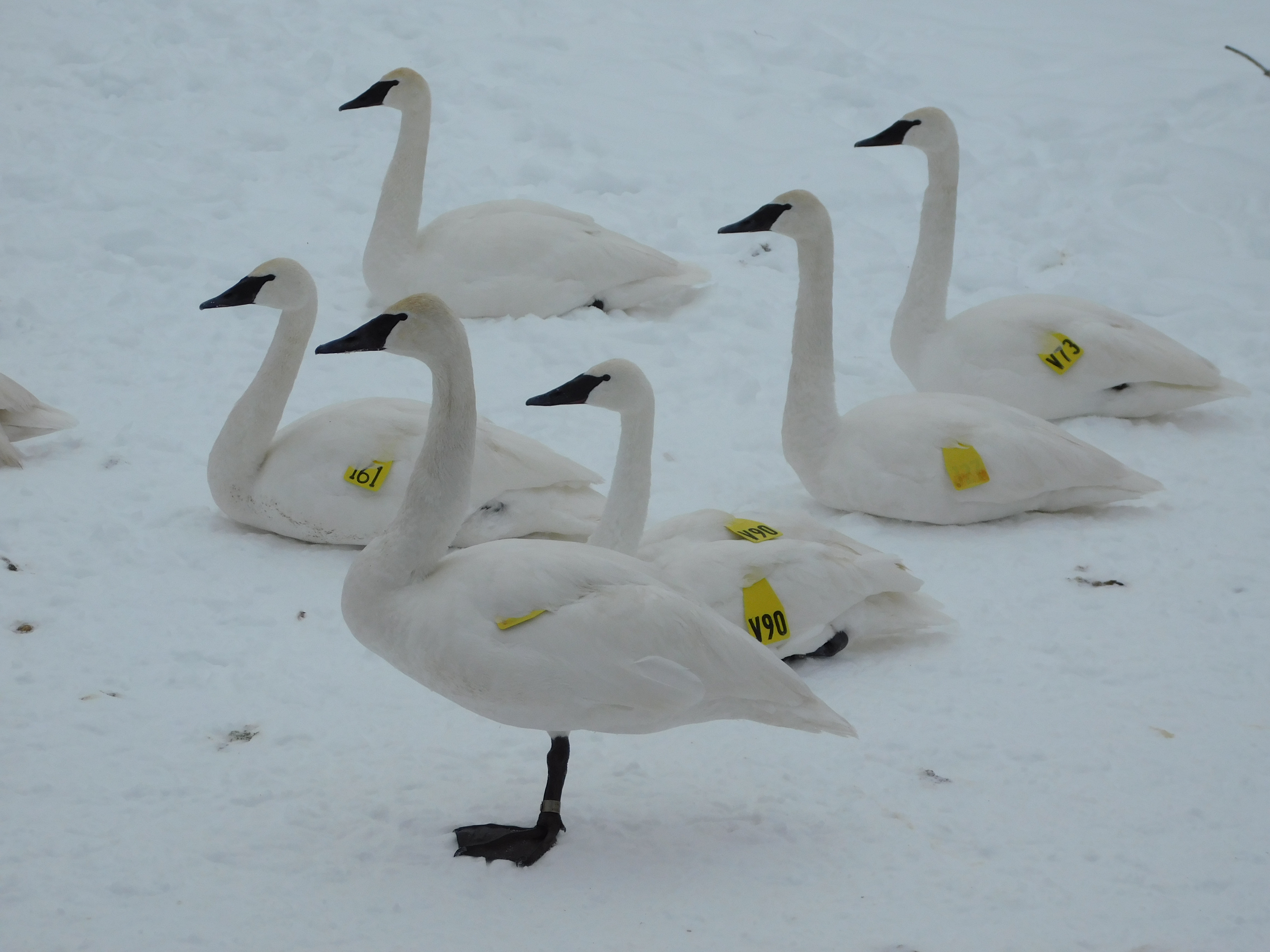 Trumpeter Swans tend to spend the winter months in clusters, making recording their tag numbers and tracking the population easier. 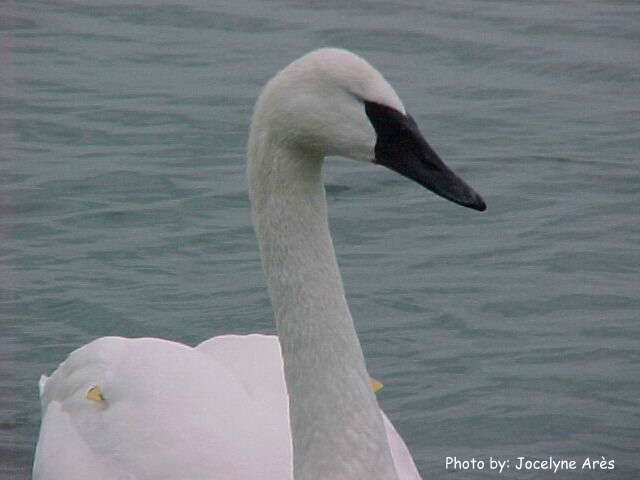 Pig Pen, the Trumpeter Swan born in the wild in Ontario in over 100 years. 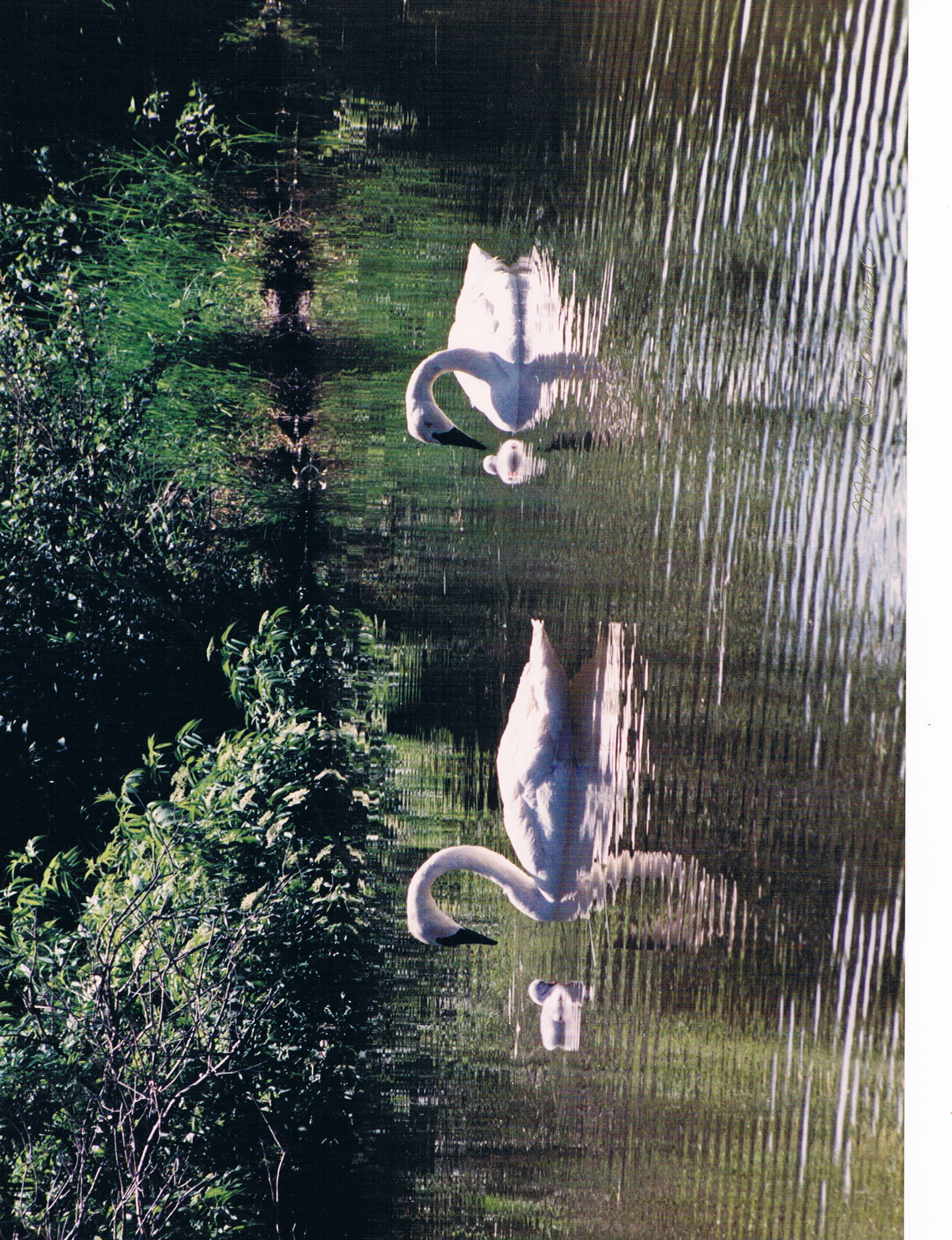 Big Guy and Lady Girl with their brood of cygents, including Pig Pen. Circa 1993.