Known for their white plumage and trumpeting call, learn more about Trumpeter Swans in Ontario.

From Egg to Adult

Trumpeter Swans generally nest in marshes or shallow ponds with few trees.  They build a nest in the open water for protection, but it is often screened by cattails or located in a secluded area.  Trumpeters mate for life, and often return to the same nesting site year after year once a suitable site is chosen. 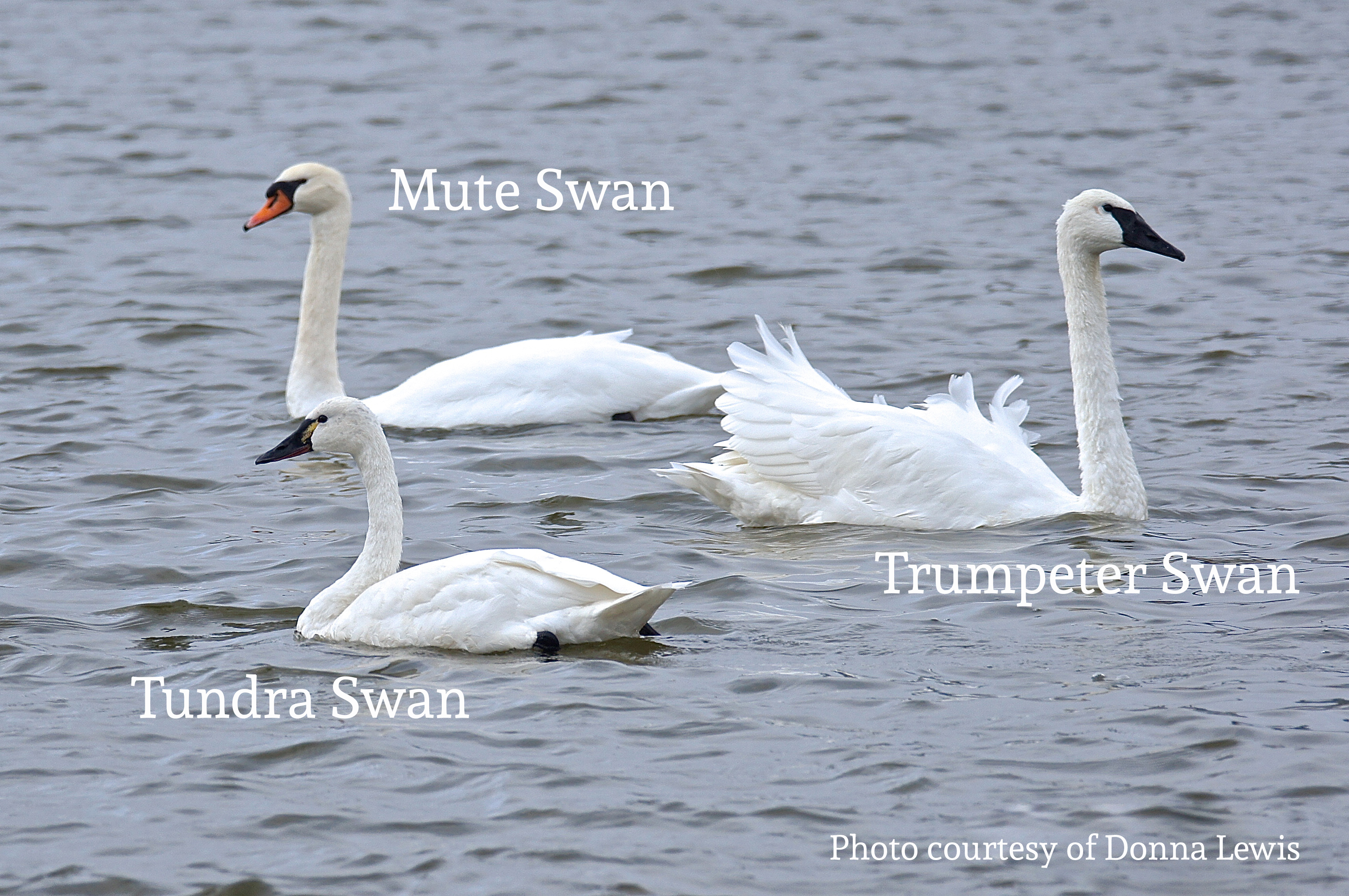 The Mute Swan (Cygnus olor) comes from Eurasia. It can be identified by its orange bill with rounded basal knob. During the breading season the ‘nob’ on the male’s bill will enlarge. They are not big singers but can make hissing and snorting type calls.

The Tundra Swan (Cygnus columbianus) is visually difficult to distinguish from the Trumpeter Swan (Cygnus buccinator). Tundra Swans are smaller and can have a yellow marking on their lore (area between the eye and the upper beak) and the black of their bill attaches to their eye narrowly; whereas the Trumpeter Swan can have a pink line on its lower bill, like lipstick, and the black of their bill attaches to the eye more widely and smoothly. The most distinguishing factor between these species is their songs. Tundra Swans have a whistling melodic trumpet song, which leads to their other name “Whistling Swan”, whereas the Trumpeter Swan song is loud, brassy, and vibrant.

How you can help: